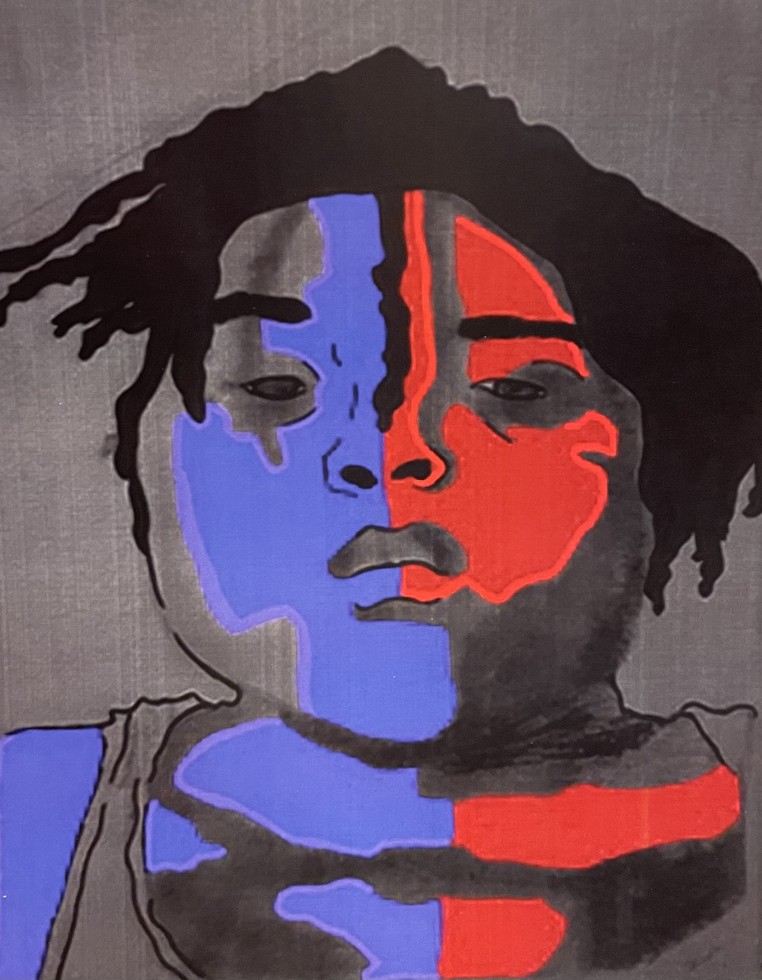 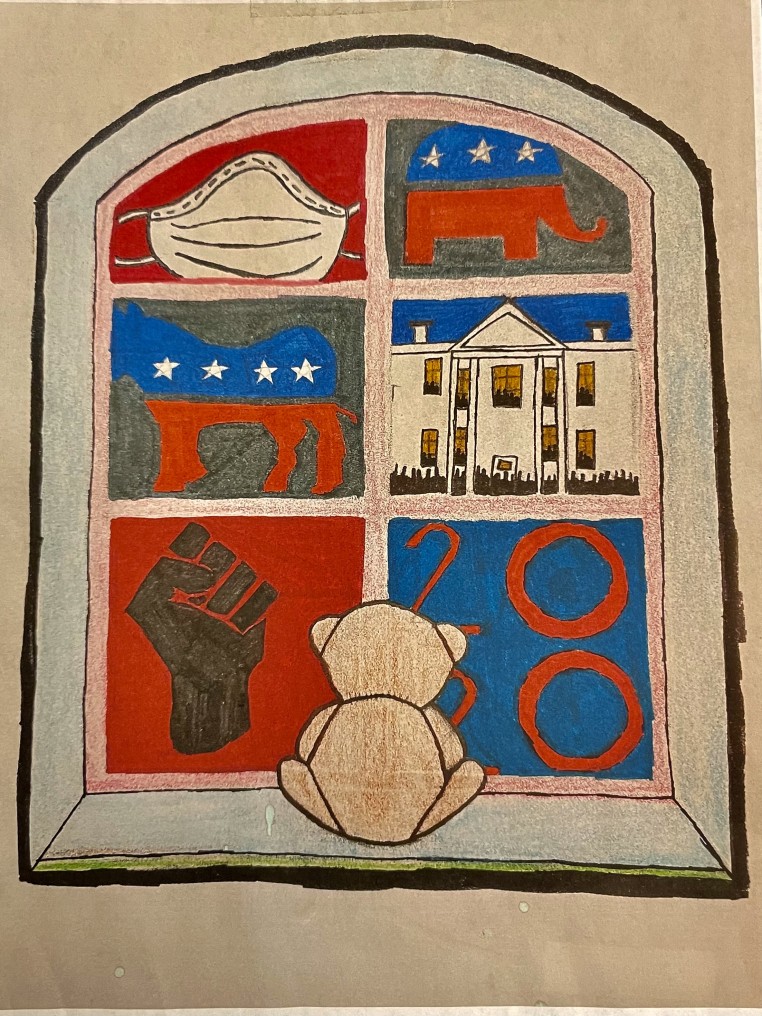 Art can be and has been, the ultimate mediator between opposing factions and rival groups for ages. Art allows others to see and feel the opinions of others in ways that debates and wars can't, providing balance in times of uncertainty. It is through the art of protest signs and artists that drove the message of revolution and change. 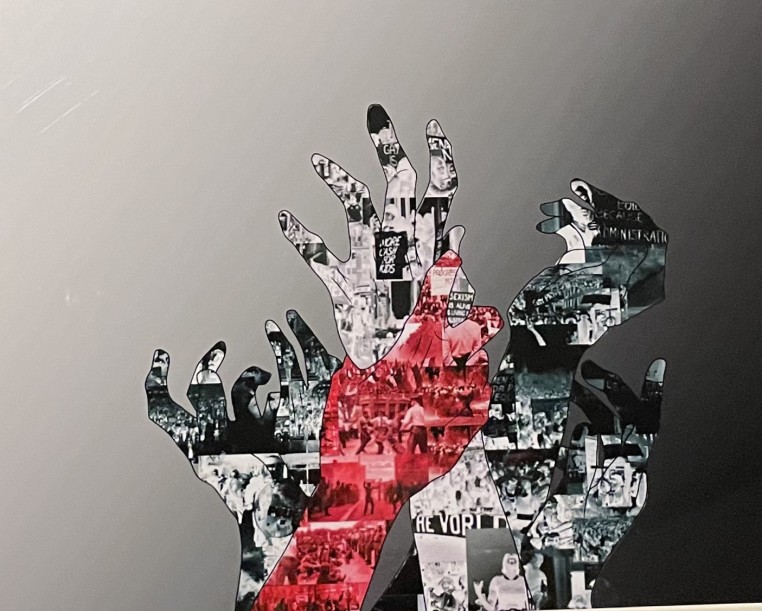 In the year 2020, harsh treatment of black people was brought to light with the movement of Black Lives Matter. The unfairness and mistreatment done to black people through time is such a horrible thing to hear about, I have been fortunate to have never experienced racism but I have tried to educate myself on this topic and it's devastating to see how a race of people can be treated so harshly. 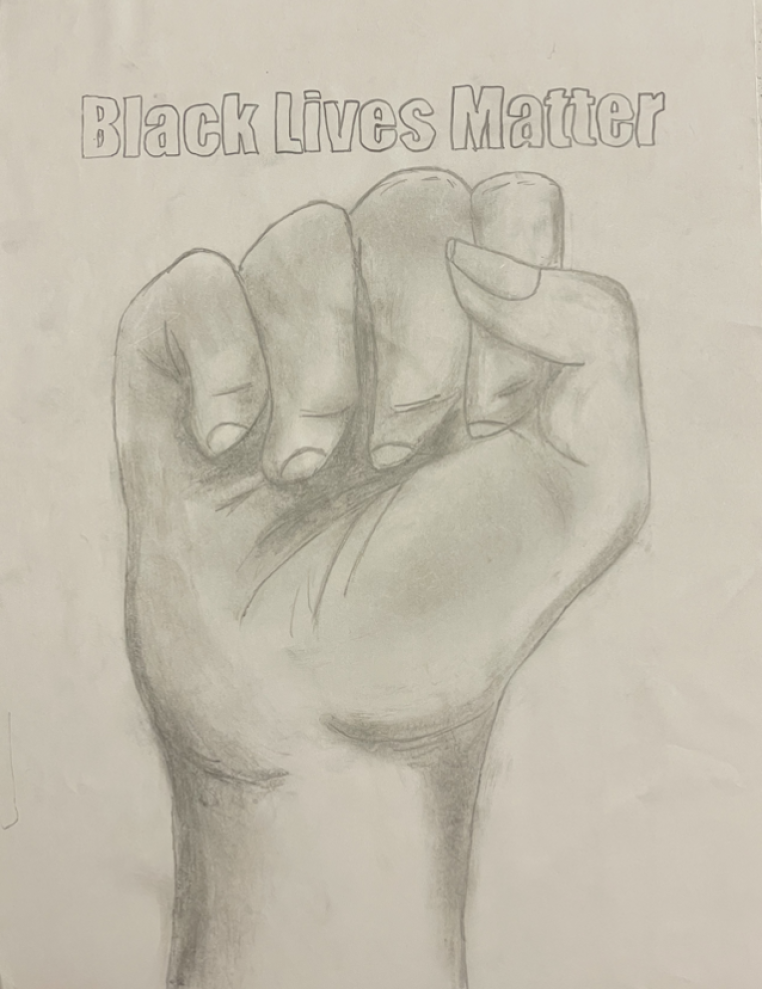 Tears of the Silent

Failure to learn from the past is a pathway to repeating it. This art strives to show the silent suffering of Uygur Muslims who were locked away in concentrations all around China and forced to keep quiet by the government that promised to watch over them. The eyes in the drawing show the rest of the world, who have chosen to turn a blind eye to the inhumane suffering of the people. 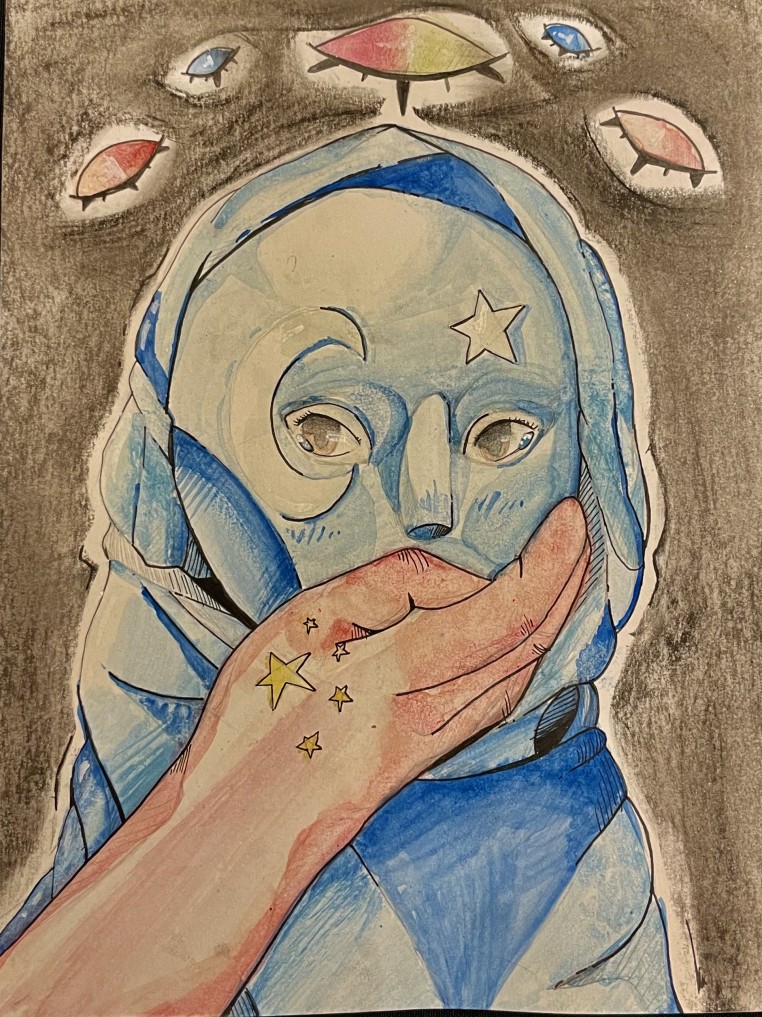 Alive in the Streets

This piece, “Alive in the Streets”  was created to be very chaotic and colorful. To achieve this I used multiple mediums and different sized brushes. I wanted there to be something going on everywhere you look in the painting, as many people are expressing the Black Lives Matter movement in different ways. The bird at the top of the painting, which could be interpreted as a pigeon or dove, represents the peacefulness of the protests. Police officers are included in the painting, but they are off to the side. I did not want them to be the main focus, as the violence incited by them at the protests to detract from the movement should not undermine the goal of peace. Witnessing news footage of people marching and chanting in protest was very powerful to me, and renewed my sense of pride in my country.

The "Mark on Jewish Culture" is meant to be a representation of the figurative impact the Holocaust had on modern Jewish culture. In the grand scheme of things, the Holocaust was rather recent in terms of world history. Holocaust survivors are still alive to this day and their stories can be a great part of their identity and the identity of their families. The model is a miniature version of the Holocaust in the shape of the Jewish star, to symbolize that the Jewish people and culture outlived the camps themselves. 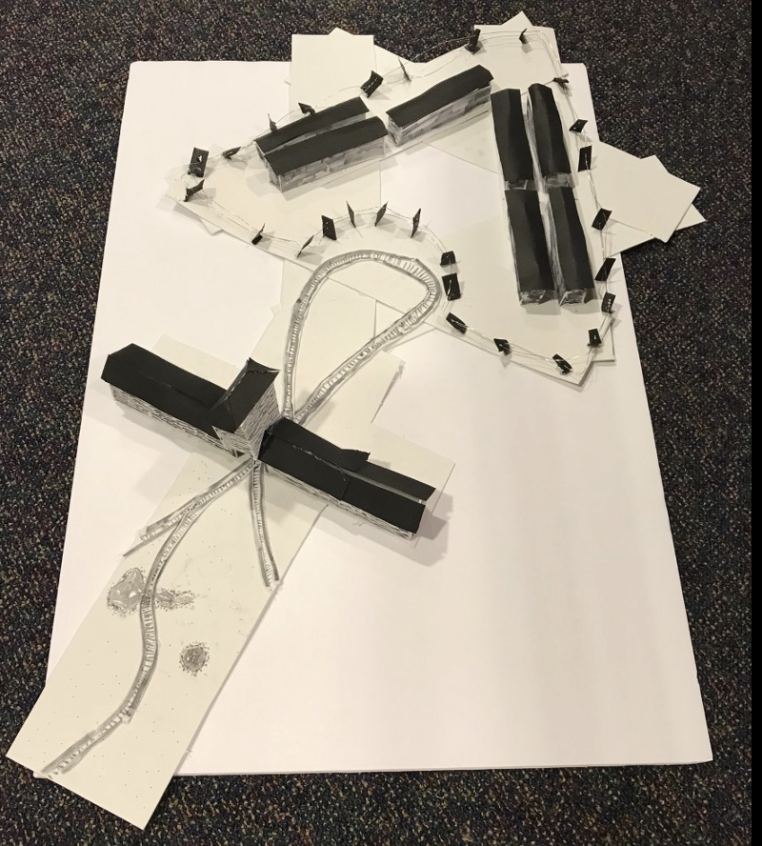 My art piece shows the fragility of peace and tranquility in the world. It shows that the evils of the world can harm and jeopardize the sweet but delicate peace of our existence with harmful ideation. Discrimination and hate for people that are from different ethnic backgrounds, can lead to mass tragedies. Although there is evil in the world the kindness in people will forever shine. 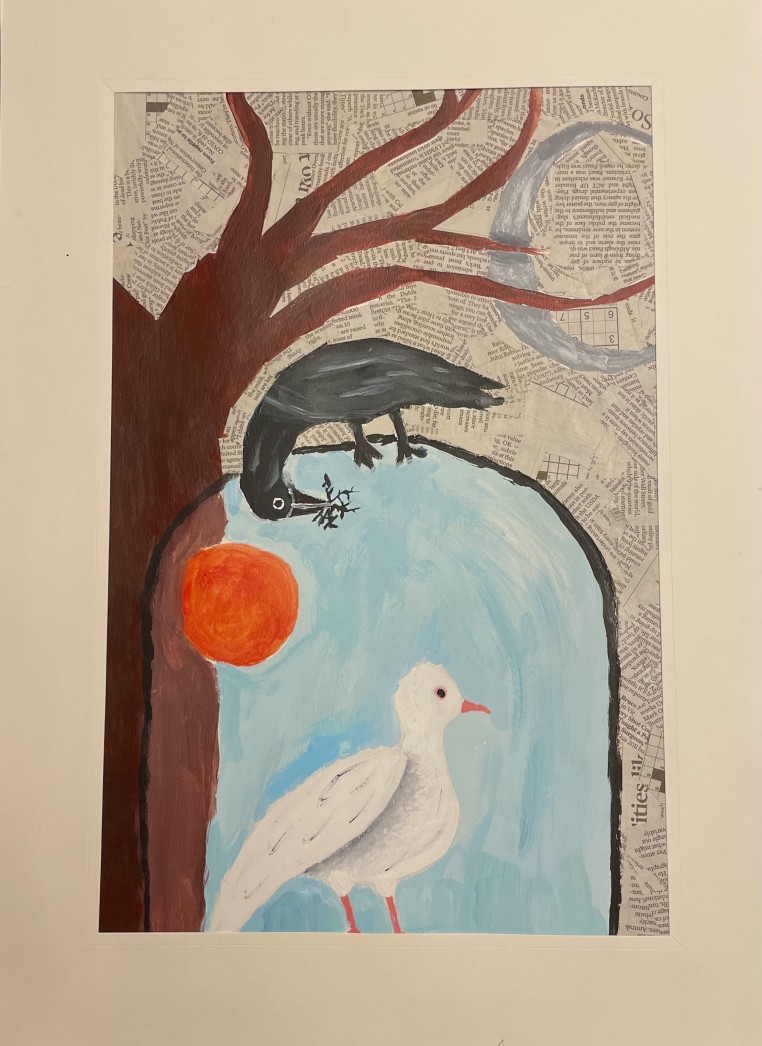 I made this piece intending to show how the Jewish people have persevered through many tribulations. Through all the things they have experienced over the centuries, the Jews have still stuck together as a people and been able to unify as a strong nation in 1948. The words I chose to make up the Star of David in this piece are meant to represent the qualities that the Jews have embodied over the years. I relate my piece to Activity Three because through all the “worst of times,” the Jews have still managed to prevail and become a unified nation. Although the Holocaust was a horrific event, it did lead to the creation of a Jewish Nation- Israel. I consider this event the “spring of hope” and a vitally important event in their history.