Junior Division - I through R

Be the Change Today

During a chaotic part of history, oftentimes, people cannot speak up against wrongdoings. People of color are oppressed, leaving them voiceless in the world. People are persecuted and killed just because of their skin color, causing an immediate call for change. This piece represents Black individuals' strife to overcome racial injustice and silence by their oppressors. The woman represents a bystander watching the deadly and cruel discrimination and the struggle of having her voice heard by the world. The words "Be the Change Today" demonstrate a vital need for people of all colors to speak up against wrongdoing. It represents justice for those who have been wronged. To make a change, we must unite and work together to make the world a more equal place for people of all identities. 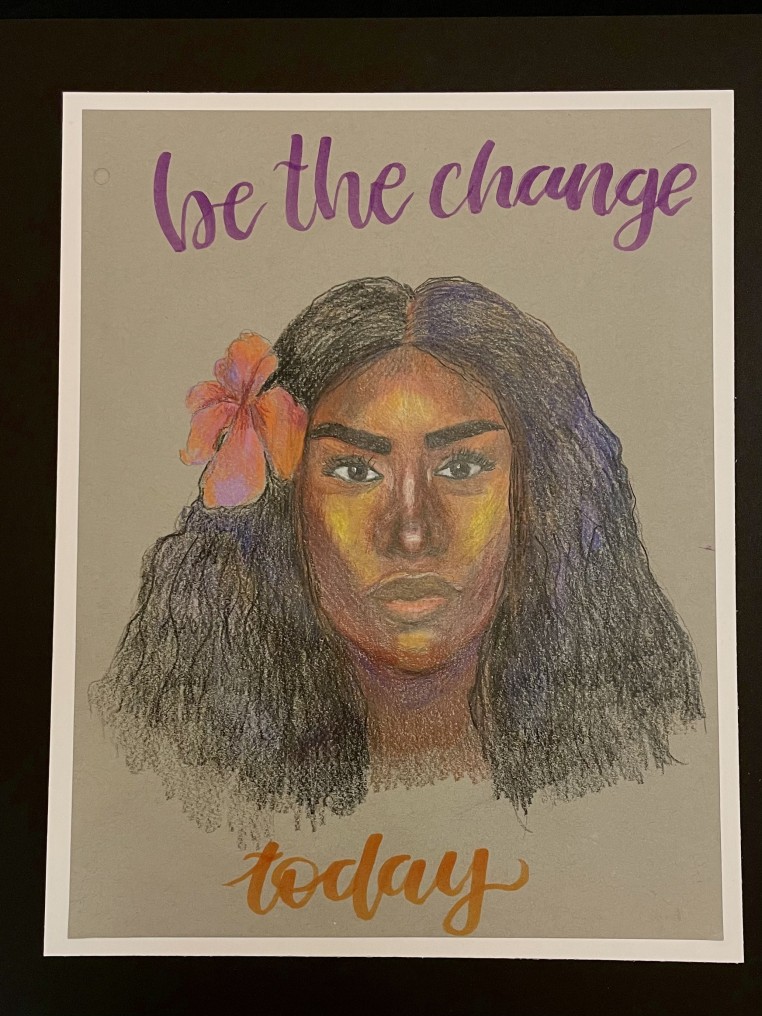 The Symbolism of Hope

Love can and WILL light your way through the darkest of nights. 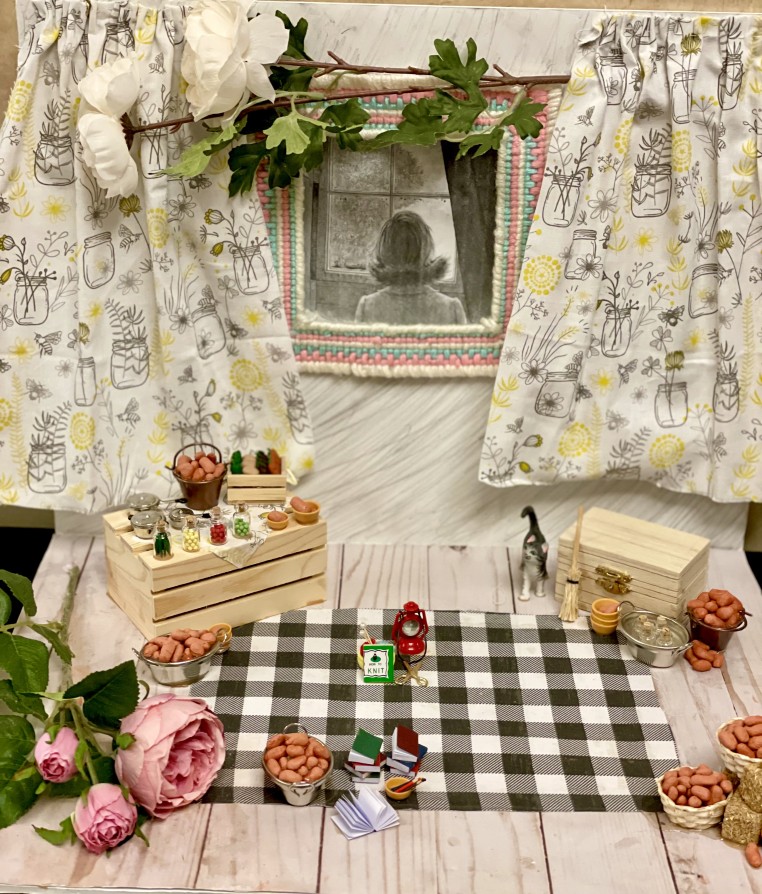 My piece represents how women in the past paved the way for present events. Women fought for voting rights in the early 1800s, and the women of today continue to fight for equal rights in pay between both sexes, political positions, and more. I hope that my piece will inspire people to always speak up for what they believe in so that positive changes for women will continue. 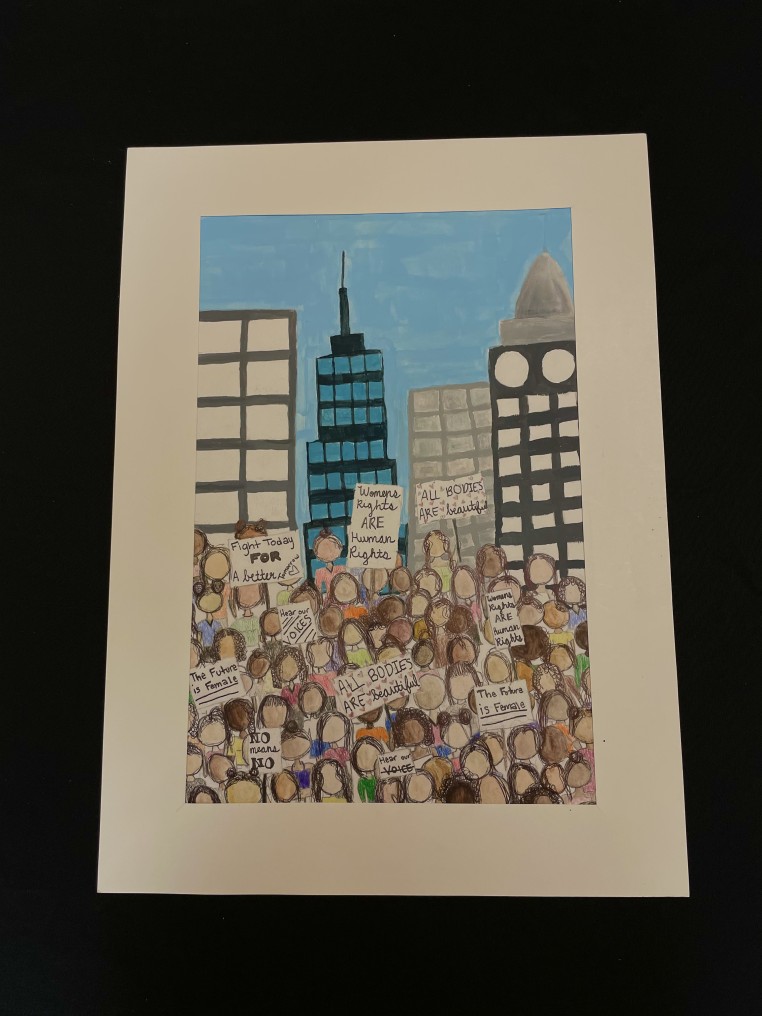 My piece represents how the riot at the capital pulled apart the democracy this country was built on. It shows how some U.S. citizens tried to undo the election that decided the president.
This piece demonstrates that people left us questioning our moral compass and where our country is being led. This piece shows what time in history we are in when we are divided and united at the same time. 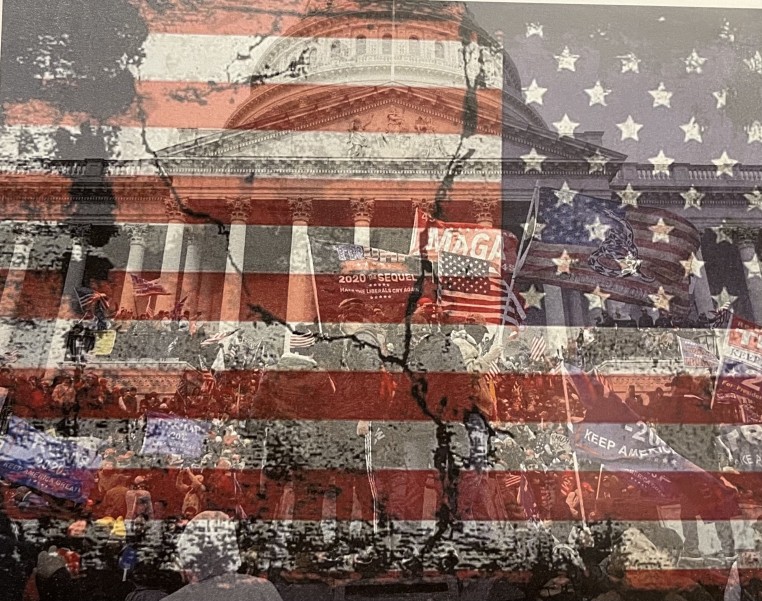 Life in a Concentration Camp

During World War II, the Nazis believed that Jewish people were a problem to the world and exterminated most of their population from the earth. They brought Jewish people to disgusting places called concentration camps. Some of the camps would either force hard manual labor, experiment on them, and many other terrible things. Indescribable things happened that broke many people's hearts. Millions of innocent people went to camps where they were tortured to death because of their beliefs. 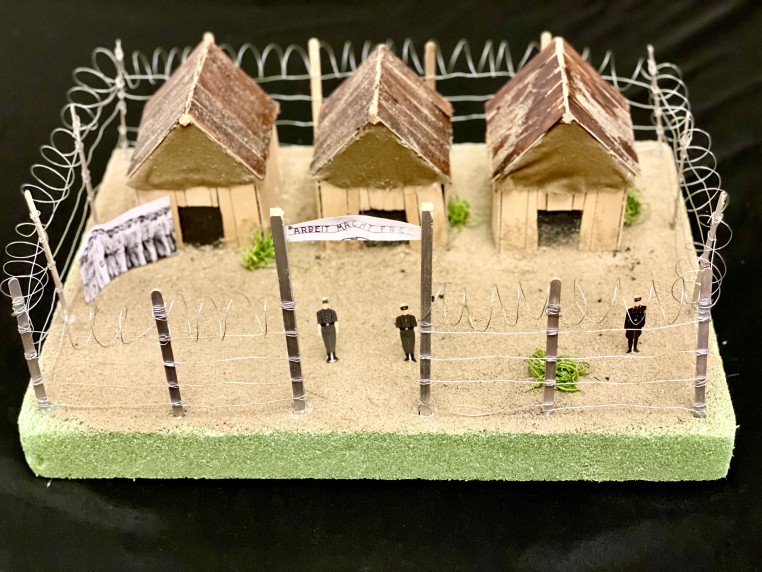 Anne Frank used her diary to document her experiences while in hiding during the time of the Holocaust. She spent her days in the annex writing about personal feelings and opinions on the people she was living with. Other entries would include tours of the building and the family's daily schedule. I chose to recreate Anne’s diary because it was a detailed, first-hand account of a young, Jewish girl going through such trauma and it is special to learn about how she used the diary to cope with her feelings. 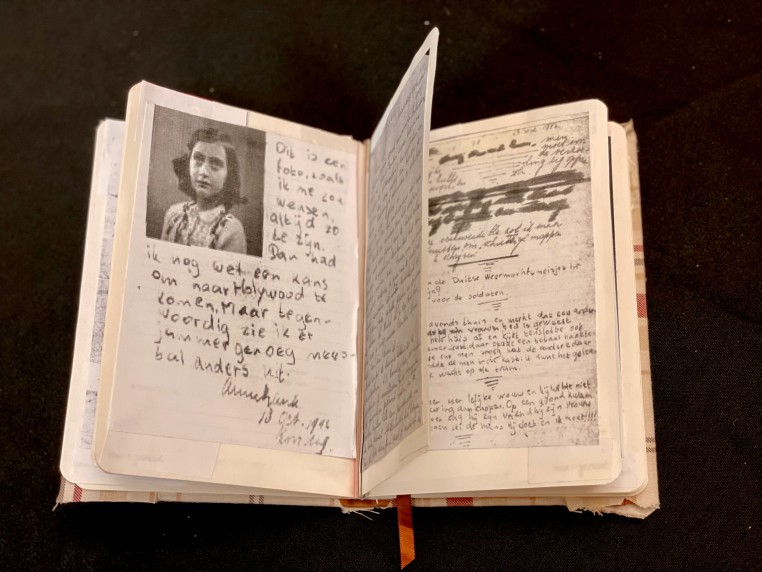 My inspiration for this piece of artwork is the frontline health workers that try to save lives from the devastating Covid-19 virus. They have witnessed a series of serious patients whose conditions are fatal and have worked tirelessly caring for and treating them. These frontline workers have to undergo a significant amount of stress but yet they persevered through it. My piece portrays how a beacon of hope continues to put every ounce of them into others despite their scars. 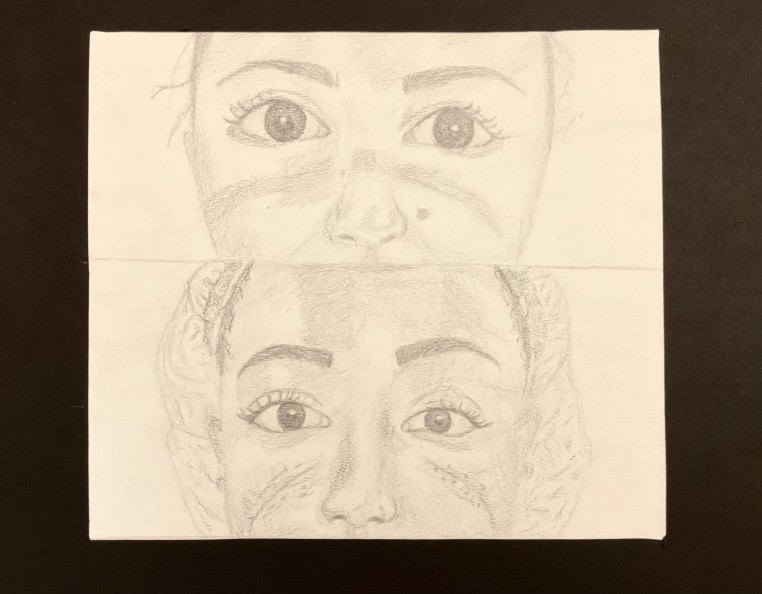 Train transport cars, also known as cattle cars, were used by the Nazis to transport a majority of the six million Jews to their imprisonment and death at concentration camps during World War Two between 1941 and 1945. The cattle cars were one of the many tools used by the Nazis in the “final solution” to exterminate the jews.
Eighty to one hundred people could fit in a single cattle car. They were usually transported with no food and water, and the ride took up to eighteen days. They had to suffer from extreme heat and cold. There were no windows and the doors were locked so fewer guards were needed to provide security. The Jews were told they were going to labor camps, but these trains led to their place of encampment and death. 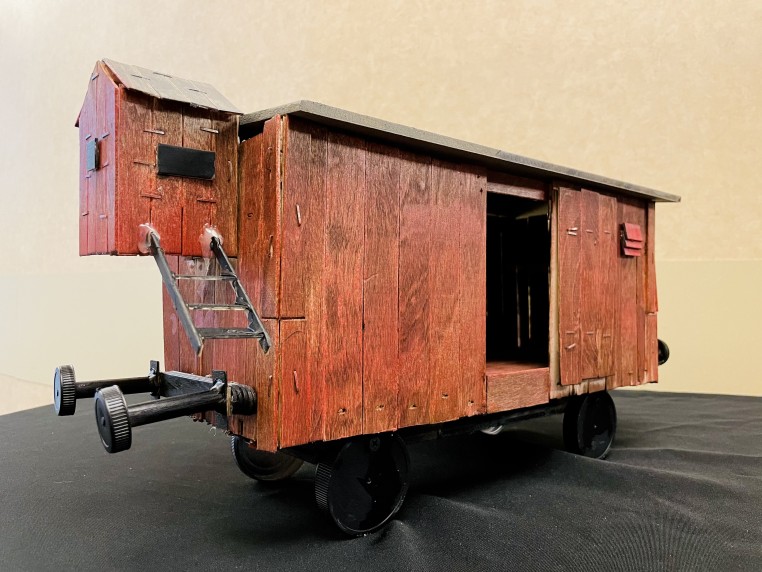 My piece is a digitally created 3D render of a concentration camp. I used software called Blender to create it. I chose this topic after seeing how horrific actions at these camps were.
This piece’s message is about how awful the Nazis were during the Third Reich. 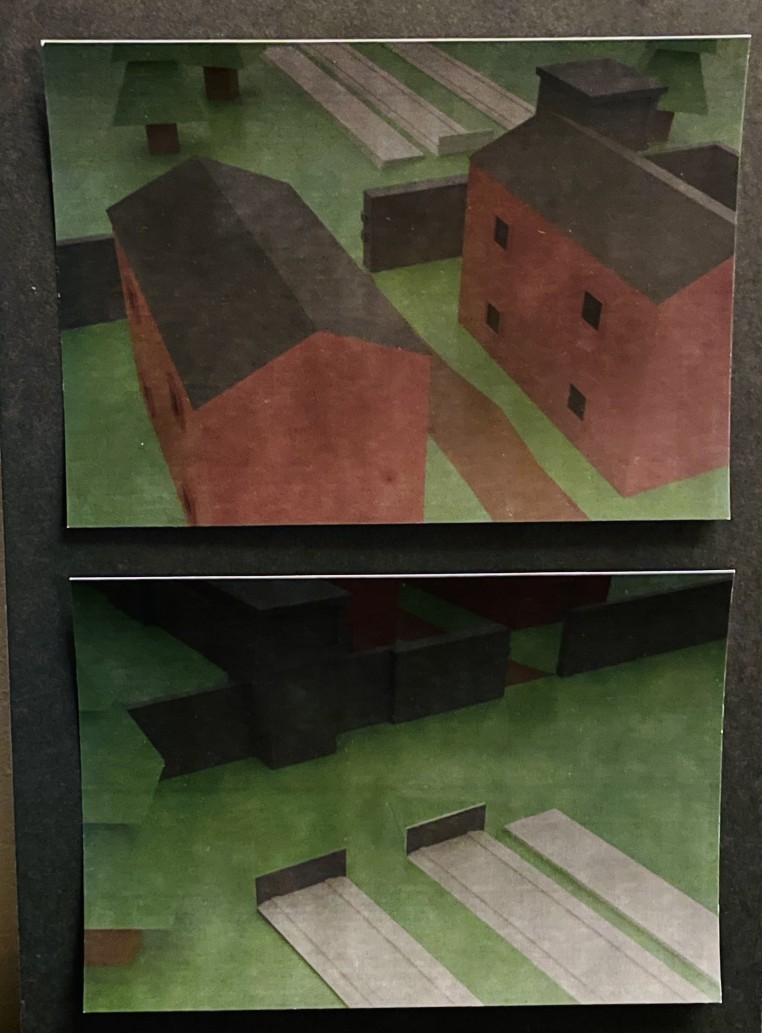